Get Rid of Foot Warts Fast With Swift

Foot warts may not rise to the top of the list of “most serious” foot conditions. But that doesn’t mean they can’t be extremely frustrating, embarrassing, and occasionally even painful for our patients.

And unfortunately, warts are often very challenging to treat. No matter how much you want them gone, they tend to resist most traditional forms of treatment—and have a bad tendency to keep returning over and over again.

But now, we have a better solution. Developed in the United Kingdom and recently approved for the United States, Swift is a revolutionary microwave treatment system that can help you eliminate unsightly warts quickly, safely, precisely, and permanently. And we’re proud to be the first clinic to bring it to Texas.

But to understand the incredible value of Swift, we need to briefly discuss what makes warts so frustrating to deal with in the first place. 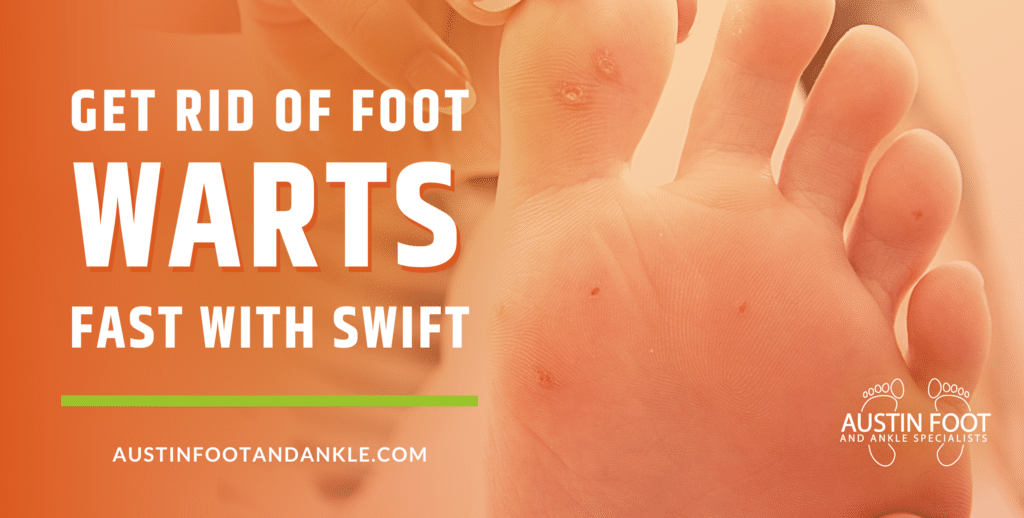 The Difficulty With Warts

Warts, as you may or may not be aware, are usually caused by a viral infection that infiltrates the basal epithelial cells, which sit just underneath the outermost layers of skin (epidermis). The virus can get in through contact with an infected surface (like a pool deck or damp towel) and doesn’t require a huge opening. Microscopic tears or weak points you probably wouldn’t even notice are all they need.

That’s already frustrating enough. But on top of that, basal epithelial cells ordinarily get very little attention from your body’s immune system. That means once a wart has made its home in your skin, it may take months—or even years—for your body to fight it off on its own.

As a result, treatment is often recommended to accelerate the process and, ideally, prevent the warts from spreading to other locations (or other people). But even this is frustrating, since traditional wart treatments aren’t always as easy or fun as we’d like them to be.

Usually there’s a bit of a trade-off. The most common remedies, like cryotherapy or chemical therapy, are quite safe but may take several sessions over the course of weeks or months to finally eradicate the wart. A more aggressive remedy, like surgical excision, can get rid of the wart right away but can also be painful and may leave permanent scars.

But now that we have Swift, the process is much simpler and more effective—not to mention far more convenient for our patients! 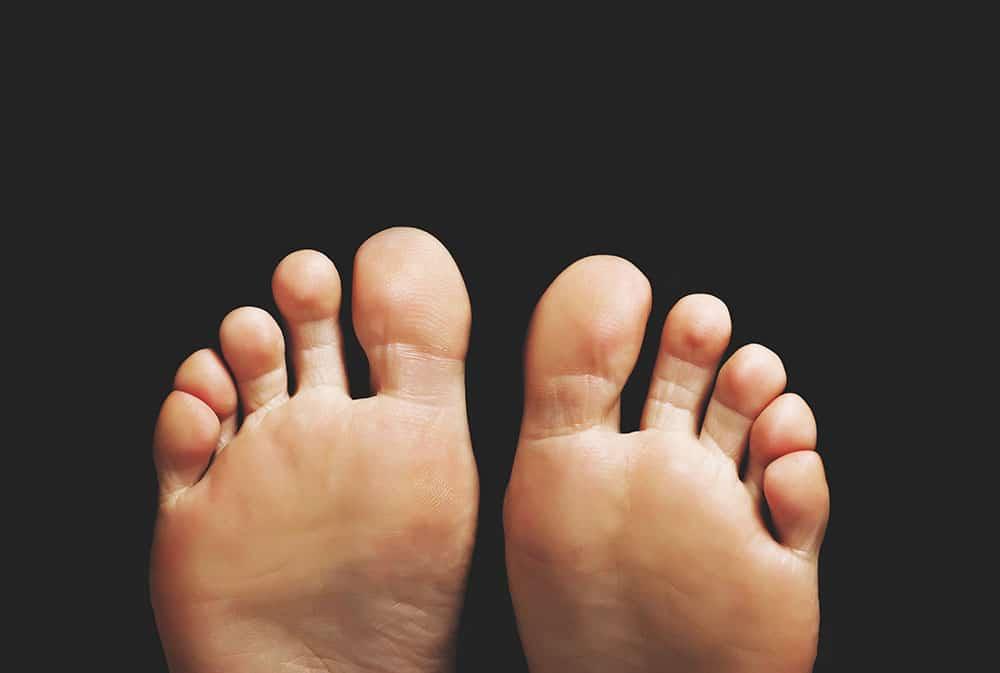 So What Is Swift Treatment for Warts?

Swift is a clever tool that uses safe, controlled, low-power microwaves to rapidly destroy the infected tissue, without any cutting, burning, or harming of healthy tissue.

Using a small handheld applicator, microwave energy is delivered into the basal epithelial layers of skin, right where the infected tissue resides. The low-power microwaves are not strong enough to damage tissue—all they can do is heat up water molecules, causing them to become “agitated” and start bouncing around and generating friction against neighboring particles.

That may not seem like much, but it generates enough heat energy to draw the attention of neighboring cells to produce heat shock proteins, which rapidly swarm the area. These proteins are what finally draws the attention of your immune system, which begins the work of eliminating the viral infection, destroying the wart and allowing new, healthy tissue to regenerate.

What Are the Main Advantages of Using Swift?

Swift offers significant benefits over traditional wart remedies, with almost no downsides. Here is a short list of the advantages:

Are You Looking for a Plantar Warts Specialist in Austin, TX?

If you are looking for plantar wart care, you should reach out to an experienced podiatrist. Austin Foot and Ankle Specialists can help. Our office provides a wide variety of advanced, effective treatment options for all kinds of painful conditions. Ready to schedule an appointment? Contact us online or call our Austin office at 512.328.8900. 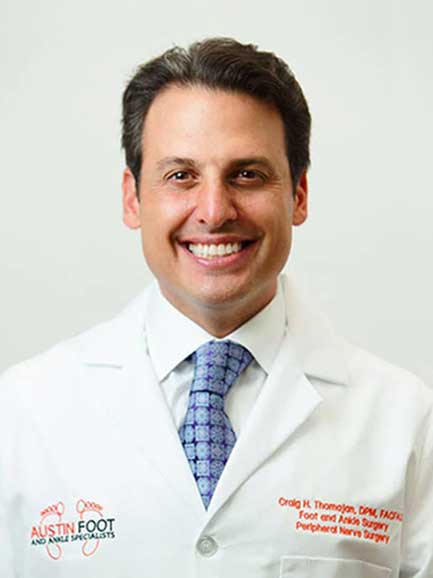 by Craig Thomajan
Connect with me
Austin Podiatrist
Comments are closed. 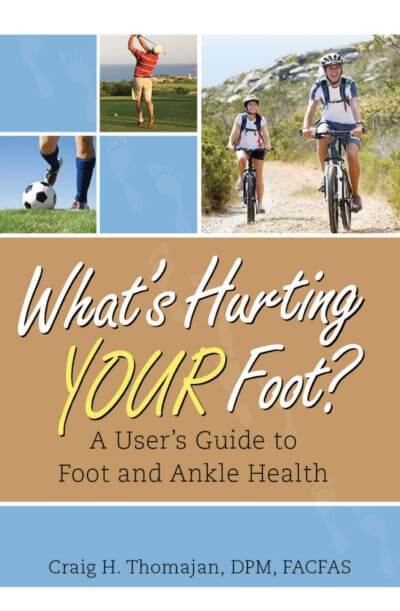